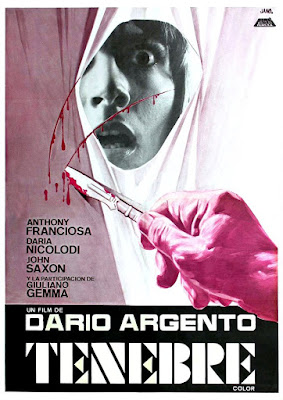 Open invitation to a Halloween screening of Dario Argento's 1982 giallo film Tenebre. Upon release the film was badly received and was banned in the UK in the "video nasty" hysteria of the time. In retrospect it is perhaps one of the director's most accomplished films and also one of his most personal, with overtly self reflexive elements and a deconstructed narrative which spans Freudian psychology, sexual deviancy, repressed trauma, voyeurism, audience spectatorship and the fetishisation of violence and death. More traditional giallo tropes are also fully present and correct including a black gloved psychopathic killer, beautiful women in peril, prowling camera work, red-herrings aplenty, elaborate set pieces, sadistic bloody violence and a pulse-pounding prog/synth soundtrack by Argento's house band Goblin.

The film will be introduced by giallo aficionado Ben Robinson. 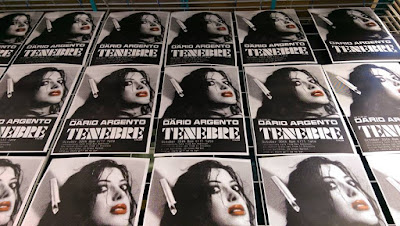