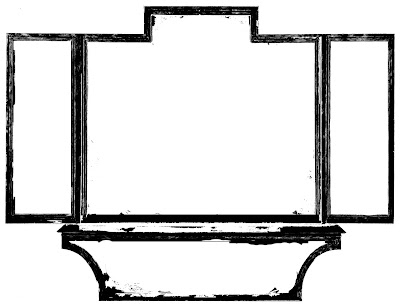 Although regarded as a masterpiece of Renaissance religious art, the Isenheim Altarpiece is unlikely to feature on any of your supermarket Christmas card designs anytime soon. Created near the French Alsatian town of Colmar between 1512 and 1516 for an audience who suffered the debilitating effects of ergot poisoning, the Altarpiece is an artwork whose central panel, a horrifying, visceral crucifixion scene, was originally intended as a form of medicine. Patients at the monastery hospital’s chapel had been struck by ergotism, a malady contracted by eating fungus-infected rye bread. They experienced an array of unpleasant symptoms such as vomiting, gangrene, intensely painful burning sensations in their limbs and extremities, hallucinations and madness. Their fingers and toes would be dropping off and their skin would have broken out in painful sores. This is the context in which Grünewald’s magnum opus was originally seen, and his agony-wracked Christ was there to provide sympathy and to share in the victims’ suffering. His green, rotting corpse cries out in an empty desert, and the artwork conveys the message that pain will bring one closer to God.

“The monks treated the sick with a balm made from herbs and other plants and with prayers to Saint Anthony, who was believed to possess miraculous curing powers. The monks also tried to bolster the faith of the sick by reminding them that Christ - and Saint Anthony as well - had suffered even greater torments. Grünewald's altarpiece played an important mystical and psychological role in the Isenheim treatment program.”

Ergot poisoning went by the name of Saint Anthony’s fire and was a regular epidemic in the Middle Ages. Fungus-infected bread was to blame, the local rye bread developing hard, dark spur-like structures. This contamination would thrive in damp conditions and affect hundreds at a time. The cause was then unknown, though was often blamed on witchcraft. The monks would serve the sick with good quality food, have them drink a holy fortified wine, and let them contemplate their rich collection of artworks.

The Isenheim Altarpiece takes the form of a multipanelled polyptych whose wings open out to reveal a Nativity, Crucifixion and Resurrection. Of these multiple scenes it’s the Crucifixion whose force has held sway over generations of artists and writers throughout the centuries. In the French decadent writer Joris-Karl Huysmans’ 1891 novel Là-Bas, the protagonist Durtal contemplates Grünewald’s picture, his musings forming an extended meditation on the work’s exquisite horror. In his description of Christ’s wounds, Huysmans doesn’t stint on the gore:

“Purulence was at hand. The fluvial wound in the side dripped thickly, inundating the thigh with blood that was like congealing mulberry juice. Milky pus, which yet was somewhat reddish, something like the colour of grey Moselle, oozed from the chest and ran down over the abdomen and the loin cloth. The knees had been forced together and the rotulae touched, but the lower legs were held wide apart, though the feet were placed one on top of the other. These, beginning to putrefy, were turning green beneath a river of blood.”

Durtal experiences a spiritual crisis, disgusted by the emptiness and vulgarity of the modern world, while in the altarpiece’s depiction of unalloyed suffering he can glimpse salvation:

“(Grünewald) had gone to the two extremes. From the rankest weeds of the pit he had extracted the finest essence of charity, the mordant liquor of tears. In this canvas was revealed the masterpiece of an art obeying the unopposable urge to render the tangible and the invisible, to make manifest the crying impurity of the flesh and to make sublime the infinite distress of the soul.”

In his overarching and accessible Story of Art, E.H. Gombrich wrote,
“Art for him did not consist in the search for the hidden laws of beauty - for him it could have only one aim, the aim of all religious art in the Middle Ages - that of providing a sermon in pictures, of proclaiming the sacred truths as taught by the Church. The central panel of the Isenheim Altarpiece shows that he sacrificed all other considerations to this one overriding aim.”

You’d be forgiven for assuming this art would hold scant appeal for modernism, but many artists did return to it repeatedly. The altarpiece had always held an evident lure for the grotesque and visionary Max Beckmann, and in 1932 it also inspired Picasso to complete a series of ink drawings of the Crucifixion. Christ’s twisted limbs and diseased wounds would be shadowed in the paintings of war veterans by Otto Dix and George Grosz, while Francis Bacon’s Three Studies for Figures at the Base of a Crucifixion used Grünewald’s 1503 Mocking of Christ as an influence for the blindfolded central figure. Bacon’s piles of source imagery teemed with photos of the crucifixion panel. The avowed atheist eventually travelled to Colmar two years before his death to see the Isenheim Altarpiece for himself in the green, decaying flesh. You’d hope this pilgrimage was no mere eleventh-hour religious conversion, but rather a meeting of two like minds. At a distance of five hundred years Grünewald and Bacon had between them performed the most forensic renderings of the human situation’s enduring anguish. I’d quite fancy making that trip myself at an apposite moment, whenever such a time might be.
Posted by _Black_Acrylic at 20:42