In the Arms of Morpheus 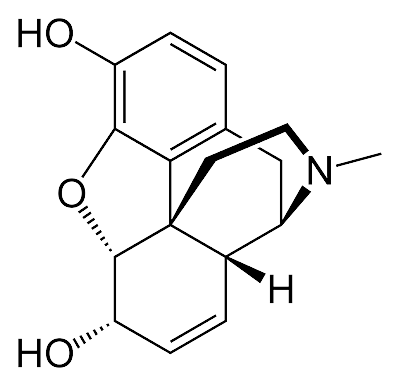 Towards the end of a long and iconoclastic career, the archetypal playboy aristocrat Francis Picabia was to create a series of paintings that would baffle most of his contemporaries as surely as they would chime with the glossy new post-modern critical consensus some 60-odd years later. These canvases of cheesecake nudes, overlapping transparencies of mythical figures and obscure awkward abstract arrangements were destined for the walls of North African brothels long before finding their way into the blue-chip galleries and museums of the 21st century. Picabia’s art would seem to simulate his own opium-induced visions, the work’s all-pervasive dreamlike aura, the Buddhas and sphinxes sat beneath a soft varnished glaze all serving to play out the blissful synaesthesia of the opiate high.
It’s an unexpected feeling of clarity that arrives with the hit of euphoria. I’d always imagined the perfect moment for a dose of the opium-derived alkaloid morphine to be a quiet night in sat safely snuggled up on a cosy sofa with Nico’s Marble Index on the stereo, ready and waiting for the warm embrace of the Greek god who so kindly lent the drug his name. Lying strapped down in the back of an ambulance in some considerable degree of discomfort, rattling along down Union Street having a leg straightened that was locked bent back double by a fractured hip, well beggars can’t be choosers after all. That unveiling of the real might well be an illusion brought on by the sudden relief from agony but still. In his 1821 Confessions of an English Opium Eater, Thomas De Quincey would describe this rush of lucidity:
“The minutest incidents of childhood, or forgotten scenes of later years, were often revived… placed as they were before me, in dreams like intuitions, and clothed in all their evanescent circumstances and accompanying feelings, I RECOGNISED them instantaneously.”
Such access to secret knowledge may well be a phantasm but the prospect is surely a seductive one, an alluring spectre all set to leave so many seekers of truth as ravaged victims in its wake. By the 1920s the drug’s well-known pernicious side effects would eventually lead Picabia to seek help in a Swiss addiction clinic, a refuge admissible only to the moneyed few. The situation is replicated today when access to even a medicinal drop is restricted to the world’s richest 10%, that elite group so fortuitously destined never to know pain for very long, reliant on the refuge of Edgar Allan Poe’s opium-dream Lady Ligeia – “an airy and spirit-lifting vision more wildly divine than the phantasies which hovered about the slumbering souls of the daughters of Delos.” The nightmares of the global lumpenproletariat will just have to go on in the meantime, their source a dread synthesis of failed social policy and the trauma of hard economic fact. The insights afforded to a poetic clique will serve to light a way out. Any would-be visionaries take heed, this sleep produces monsters.
Posted by _Black_Acrylic at 01:14