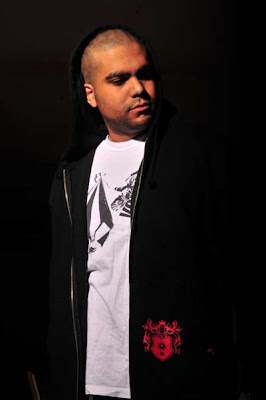 Just been listening to this Mick Wills DJ set and it does rock so unreasonably hard: LINK

Resident Advisor biography:
mick wills starts his dj-career in 1986 at the tender age of 14, playing at small private parties in his hometown in the south of germany. he plays anything from new wave to hi nrg, and when he discovers techno, acid, and new beat in the late 80’s, there is no more stopping him. he can recite the mailorder hotline number from the hardwax record store in his sleep, but also finds old disco and funk records on fleamarkets and on record fairs.

in 1994, one night he spins together with dj hell. hell is impressed: he gives wills the chance to spin in the legendary ultraschall in munich, also based on the mixtapes that wills keeps handing over to hell.
around the same time he starts organizing parties in and around the city of stuttgart with his friend isabella venis. under the moniker of ‘mb presents’ the duo bring artists like klangstabil, keith tucker, hell, anthony “shake” shakir, jonzon, claus bachor, roland casper, miss kittin and the hacker, john selway, trike, terence fixmer, jay denham, electric indigo, inform3r, legowelt, tlr, orgue electronique, i-f, rude 66 and gitano d.j. (member of the polygamy boys) to their city.

in 1996 he collaborates with klangstabil’s maurizio blanco in the studio and he knows from that moment that he wants to produce records as well as play them. as wills doesn’t like to do things half, it takes him several years to get a studio together and learn all the tricks of the trade, so on each of his following records you can hear wills’ progress in the studio.

he records his first tracks in 2001, and hell’s gigolo label immediately bites. the atomic ep that also includes a remake of bobby orlando’s “calling all the boys” by the kinky lovers (mick wills & isabella venis) is a success and two other mick wills releases and one track on the cd nine follow.

while signed to gigolo, his dj-career takes off. with germany not big enough anymore, ‘the gigolo from porschetown’, spins blistering sets in places as diverse as mayday in dortmund 2005, barcelona’s loft, and clubs in valencia, moscow, london, athens, budapest, bukarest, etc. his sets are described as ‘universal, global and neo-retrolectro’. they mix the best of over 25 years of dance music in a way that few dj’s can, effortlessly switching between the cutting edge of today’s sounds and vintage chicago, detroit, italo, hi nrg, wave, acid and electro. wills is a true music freak, an avid record collector and really does play like every night is his last. again and again and again...
http://www.residentadvisor.net/dj/mickwills/biography
Posted by _Black_Acrylic at 22:43