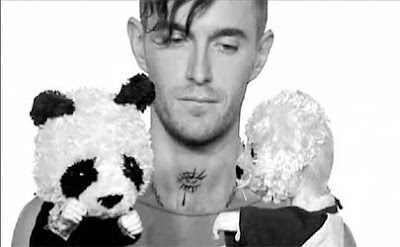 Puppets are violent things. Any British audience must surely be aware of the fact, having been raised on the slapstick of Punch and Judy and the domestic dramas of Sooty and Sweep. Even then, with all of this lurid ancestry, the one off performance of Jerk at the Traverse was something else entirely, a unique manifestation of absurdity and pain. Directed by Gisele Vienne and based on a text by the American writer of transgressive fictions Dennis Cooper, the play arrived here as a solo piece for the French actor Jonathan Capdeviell. Sat alone on a chair facing the audience, Capdeviell played David Brooks, an accomplice to the real-life serial killer Dean Corll. Brooks sets out to understand his crimes by re-enacting the murders using a cast of ragged puppets, a show watched by a crowd of psychology students, played here by us, the audience. Softly spoken and timid, he acts out horrific scenes using a range of voices and sounds, weaving between tenderness and brutality, the childish and the jaded. At intervals the audience is instructed to read a fanzine by Brooks that describes the murders, and in Cooper’s writing the victims speak the language of teenage nihilists: “Life is too confusing. And death just sounds like a great place.” Reading the fanzine, watching the puppet show, marvelling at Capdevielle’s feats of ventriloquism: all these activities might serve to distract from the show’s central subject matter, the killing of young men for sexual gratification. It’s surely not just a distraction, though. These devices serve to circle around the cold, hard fact, bringing us back again and again. During the post-show discussion among a panel chaired by Julie Ellen, Creative Director of Playwrights’ Studio Scotland, Jerk was accused of promoting a theatre of despair, of playing along with the very same views as its antihero. Another view might be that the play is just an honest reflection of how things are in the world. Whatever your own response, surely no-one can deny that Jerk is a play of visceral intensity, a one-of-a-kind that makes some unique demands of its audience. To quote one renowned artist of puppetry, “that’s the way to do it!”
Posted by _Black_Acrylic at 23:55