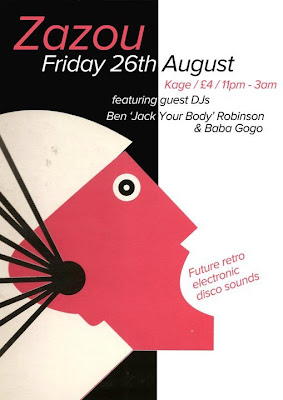 Former members of the Newcastle night " A little Lost" describe themselves thus-
"devotees of New York disco along the lines of Russell, Levan, Mancuso, Kevorkian, of space disco, of italo and the crossing lines betweeen post-punk and disco, of dancing in a dark basement"
Posted by _Black_Acrylic at 15:49