To the Generator last night, for the opening of Twenty-Four Hour Football.

For the final instalment of the Summer Programme, MacDonald&Jeans will hold a twenty-four hour performance within GENERATORprojects large gallery space, designed to encourage viewers to participate as artists in a performance through an internationally familiar medium; a game of football. The football match will act as a catalyst to examine participation in an interactive artwork within the context of a contemporary gallery. The smaller gallery will be transformed into a changing room, with the option of either red or blue bibs given to participants, who then substitute themselves into their chosen team. A series of films will be visible from the changing rooms, functioning in football terms as a pre-match team talk, and in art terms as an instructional performance manifesto. The performance will be streamed live on the internet, and compiled with documentation into a publication to mimic a football match programme and sticker album. A cast Adidas Samba will be presented by the GENERATORprojects committee to the winning team.
http://cargocollective.com/generatorprojects#1634168/Twenty-Four-Hour-Football 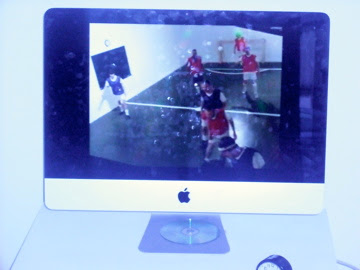 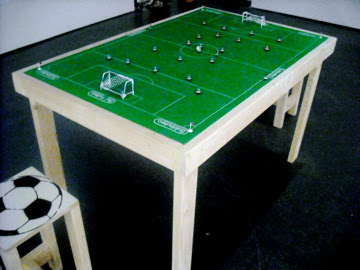 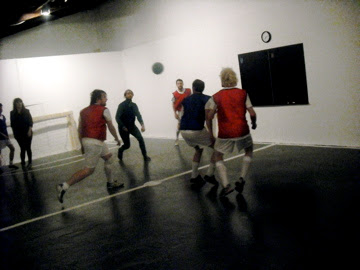 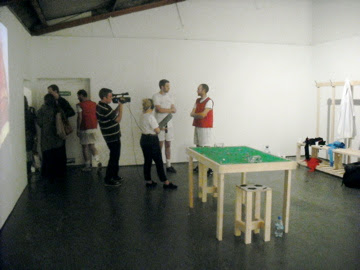 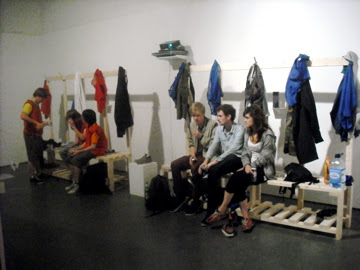