To Chambers East today for the first ever Dundee zine fair. Stalls were hosted by groups and individuals from all across the land, the nascent self-publishing scene was discussed by a panel of zinesters and gallerists, there was music, readings, performance, apple pie and ice cream, and the spring 2012 issue of Yuck 'n Yum was launched too. What follows is a selection of some, but by no means all, of the attractions: 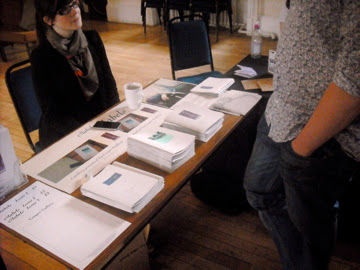 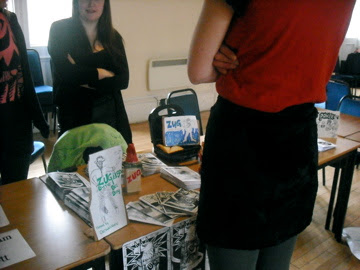 A drag of a fag. A swig of a drink, a move in a game, is an ignorant translation of a word more commonly thought of as meaning train. When I found however, that hiding behind the Germans big-fast, national toy, was a tiny wee word that translated exactly everything that constitutes my life, I kind of understood the 42 thing about the universe. Perfect, a word that sounds like something out of Donald Duck. KABOOM.

BANG….ZUG The Guttural, commander of my universe. And so in that high speed sweeping under the carpet of the train, I got a grip on my anxiety, I gave name to my existential boredom, and that name was ZUG.

ZUG the great and terrible, but mainly pretty pathetic. Rejoicing in my newly named boredom I saw that the smoke exhaled from my cigarette, the booze stained air round my head, the space frozen with concentration between my own hand of cards and my opponents was not just wasted time. Not just ways of using up seconds till I die, they’re ZUG!!!

ZUG heavily on this ‘zine, if you find yourself smoking, drinking, playing or making doodles on your fone-book, realize you are not alone in your boredom and share that realization with us. 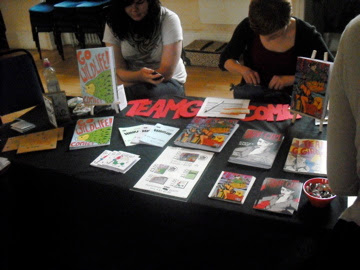 Team Girl is a collective of all-female comics creators, covering all ages and backgrounds. Based in Glasgow, they aim to contribute to the increasing presence of women and girls in the indie comic scene, producing work that is original and entertaining. But mostly, they just want to have fun making comics! The latest issue of Team Girl and other paraphernalia will be available to buy at the fair. 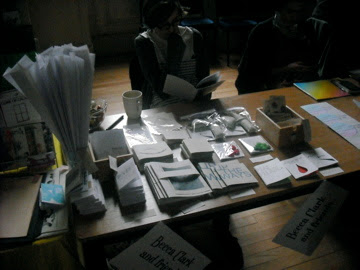 Rebecca Clark and Co -
It’s going to be eclectic; some screen printed zines, lots of one page zines, signs of stitching, photocopies…. 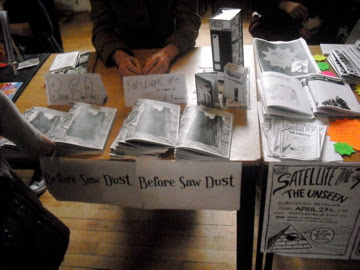 Before Saw Dust
The structuralists are randomly invading the periphery but it’s mostly still spontaneous… an ongoing collective zine put together by MFA students at the ECA. Jo Priestley will be manning the stall who hails from Australia and makes zines. 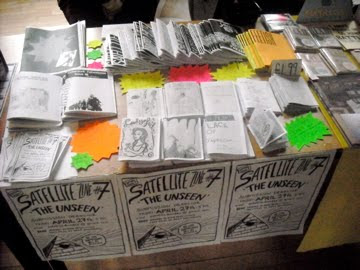 Satellite Zine plus transatlantic hook up
The Satellite Zine is a DJCAD publication aimed at talking about things going on around Dundee and the University. There are articles, showcases, comix, and other fine things in this free publication. We will have our new Issue 6 ‘The Seen’ along with our back issues.
The Satellite Zine held a one-page zine making workshop at the end of February to introduce people to how easy and fun making a zine can be. We will have the 9 zines made that evening available.
We also have work from American zinesters. Anna Thoreau will have her latest zine. You can find her work here.
Dan McCloskey, founder of the Cyberpunk Apocalypse Writer Residency program, will also be contributing. 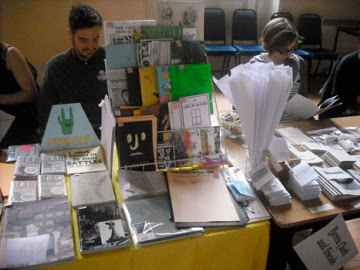 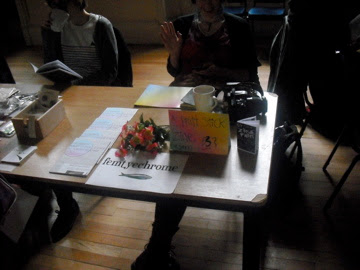 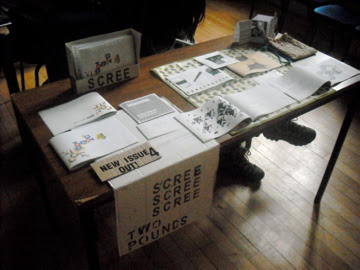 SCREE is an arts+writing little magazine based in Edinburgh. The magazine is inspired by the tradition of hand-made poetry magazines from the late 1950s/early 1960s such as Migrant and Poor.Old.Tired.Horse. Each issue is typed on the typewriter, and is
manually assembled with scissors, glue, and much time next to a photocopier. SCREE comes with a supplementary music CD. 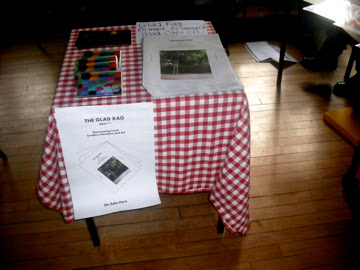 The Glad Rag is the literary arm of the Glad Cafe project. The Glad Cafe dream is to establish an Arts Hub on the South Side of Glasgow, based in a cafe bar venue. For some years now the South Side has been burgeoning with artistic talent: musicians, writers, dancers, sculptors and artists of all kinds. The Glad Cafe wants to provide a space where people can come together in and across different spheres of activity, philosophies, cultures and age groups to share ideas and to foster and showcase creativity.
With this in mind, the production of a zine to feature contemporary writing and artwork seemed an obvious development. The spread of work offered within demonstrates the belief that we are immersed in an artistic community that should be valued and celebrated. 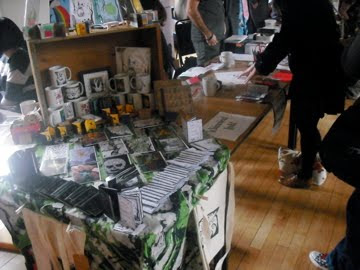 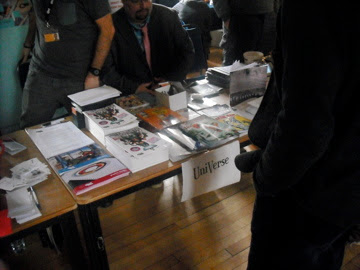 UniVerse - Anthology One is the first issue, and features work from the students on Duncan of Jordanstone College of Art and Design’s (DJCAD) Comic Art and Graphic Novels Module. Module Leader Phillip Vaughan said, “We have created an imprint called UniVerse to promote and publish up and coming work from the next generation of comic creators! This is the best of the work from the first cohort of the module, which (staggeringly!) was run over 12 weeks for one day a week during Semester 1 of Communication Design Level 3 (encompassing Animation, Graphic Design and Illustration undergraduates). This year we plan to roll the module out to other undergraduate areas of the art college. We hope you will be as impressed with the diverse and professional results as we are!” 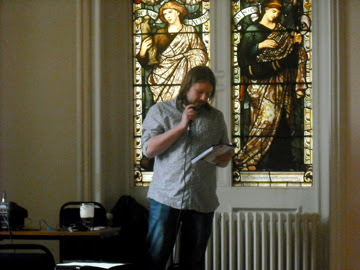 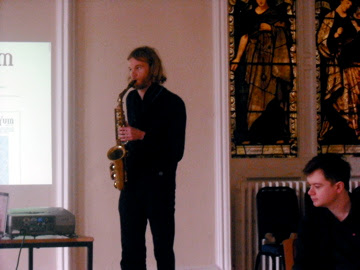 Dutch visual artist Sybren Renema playing his sax, reading from his latest book and tinkering around with his laptop. 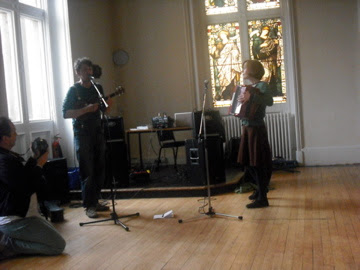 The Weeds playing some whimsical folksiness on guitar and accordion.

A more complete list of all the attractions: LINK
Posted by _Black_Acrylic at 21:37