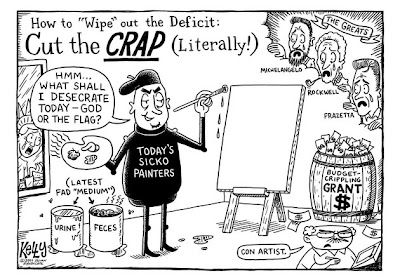 Yes, this is from The Onion. Is it supposed to be a joke? because it's so close to a republican cartoon that is indistinguishable from one, if it is.
Poor Mojo's Two Minute Hate 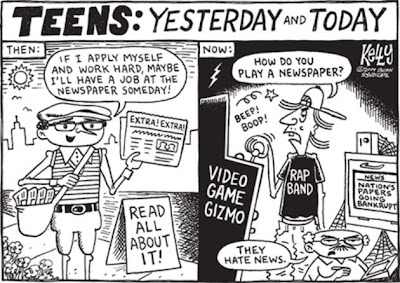 Ward Sutton is an American illustrator, cartoonist and writer born in Minneapolis and based in New York City... He also illustrates and writes a cartoon for The Onion under the pseudonym of 'Kelly', depicting the far-fetched Republican and Fundamentalist Christian one-panels of a middle-aged cartoonist. According to Onion President Sean Mills in an interview with Wikinews, the cartoon has generated "a lot of heat. He has a very unique take on what is going on in the world," said Mills, "and it does tend to upset some people, but that’s the job of an editorial cartoonist, to be a provocateur."
http://en.wikipedia.org/wiki/Ward_Sutton 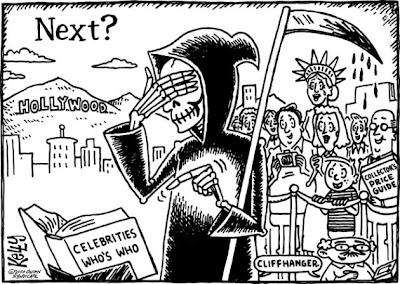 If good pornography is a you-know-it-when-you-see-it kind of thing, good parody is exactly the opposite: A parody succeeds when large numbers of people don't recognize the thing as a parody. By that standard, Ward Sutton's "Kelly" cartoons for The Onion are 24-carat fool's gold. Their wheels-within-wheels-within-wheels layers of lampoon and self-reference make it nearly impossible to tell the dancer from the dance.
LA Times 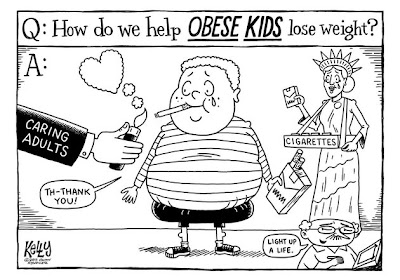 I did a double-take the first time I came across Ward Sutton‘s “Kelly” editorial cartoons in The Onion a couple years ago.
Globatron.org 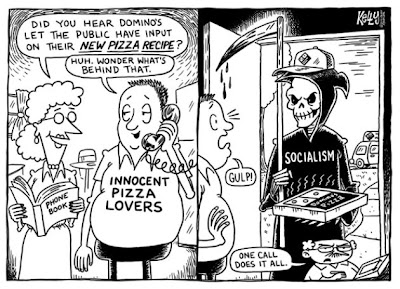 Full archive of The Onion's editorial cartoons
Posted by _Black_Acrylic at 20:39