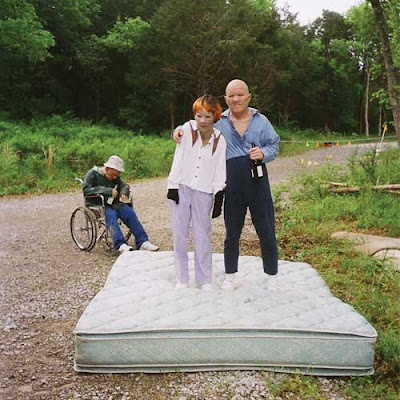 Very soon I plan to write a article about Trash Humpers, the 2009 film by Harmony Karine. In the meantime, what follows is a bunch of stuff that I dredged from the internet in the course of my research.

Walking his dog late at night in the back alleys of his hometown of Nashville, Korine encountered trash bins strewn across the ground in what he imagined as a war zone. Overhead lights beamed down upon the trash in a Broadway-style that Korine found very dramatic. They began to resemble human form, beaten, abused and “very humpable.” Korine remembered, as a teenager growing up in Nashville, a group of elderly peeping toms who would come out at night. He has described them as "the neighborhood boogeymen who worked at Krispy Kreme and would wrap themselves in shrubbery, cover themselves with dirt, and peep through the windows of other neighbors." Putting these two ideas together, Korine found conception for the film.
Trash Humpers Wikipedia page Moments after the lights came up on the premiere of Harmony Korine's "Trash Humpers" at the Toronto Film Festival last fall, a twentysomething in a jaunty chapeau jumped to his feet and thrust his hand in the air, eager to get off the first question.
"So, like, what was the point of the movie?" he asked.
Without missing a beat, Korine shot back, "What's the point of your hat?"
Salon feature

Trash Humpers is a film about outdated technology. It is Korine’s most radical film to date, a deranged fantasia on violence in the suburbs, but it also feels most nostalgic. Shot on VHS, the film eschews narrative and is deliberately provocative; at the same time, it manipulates the VHS format much in the way David Lynch uses digital film in Inland Empire (2006), to create blurred and degraded images that are almost painterly in nature, and easily identifiable as ‘cinematic’.
Frieze 2010 film roundup 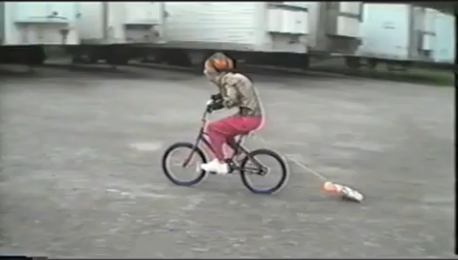 “I won’t say too much about the movie except that maybe it’s not even a movie. The fact that it’s even playing in theaters is mindblowing for me. Uh… so… I’ll come back to answer some questions if you have any afterwards but this movie was meant to be more like the kind of thing you could imagine being buried in a ditch somewhere or floating in a Ziploc bag down a river or if a convict had shoved it in the ass of a horse or something. It’s just a—well anyway, you’ll see. It’s like that. I’ll see you afterwards."
Vice audience Q&A with Harmony Korine

Trying to trick people into thinking that Trash Humpers is just a bit wacky isn’t going to work. Trash Humpers is funny, but it’s also quite disturbing and unsettling. All that’s going to happen when you focus – for a full half an hour before the screening, no less – on the former at the expense of the latter is you’ll confuse the Secret Cinema crowd and annoy people who are interested in the film. Trash Humpers can’t fit into the simplistic idea of empty fun and for that alone it is worth your time. Just don’t expect a prize and a coke.
Voorface blog 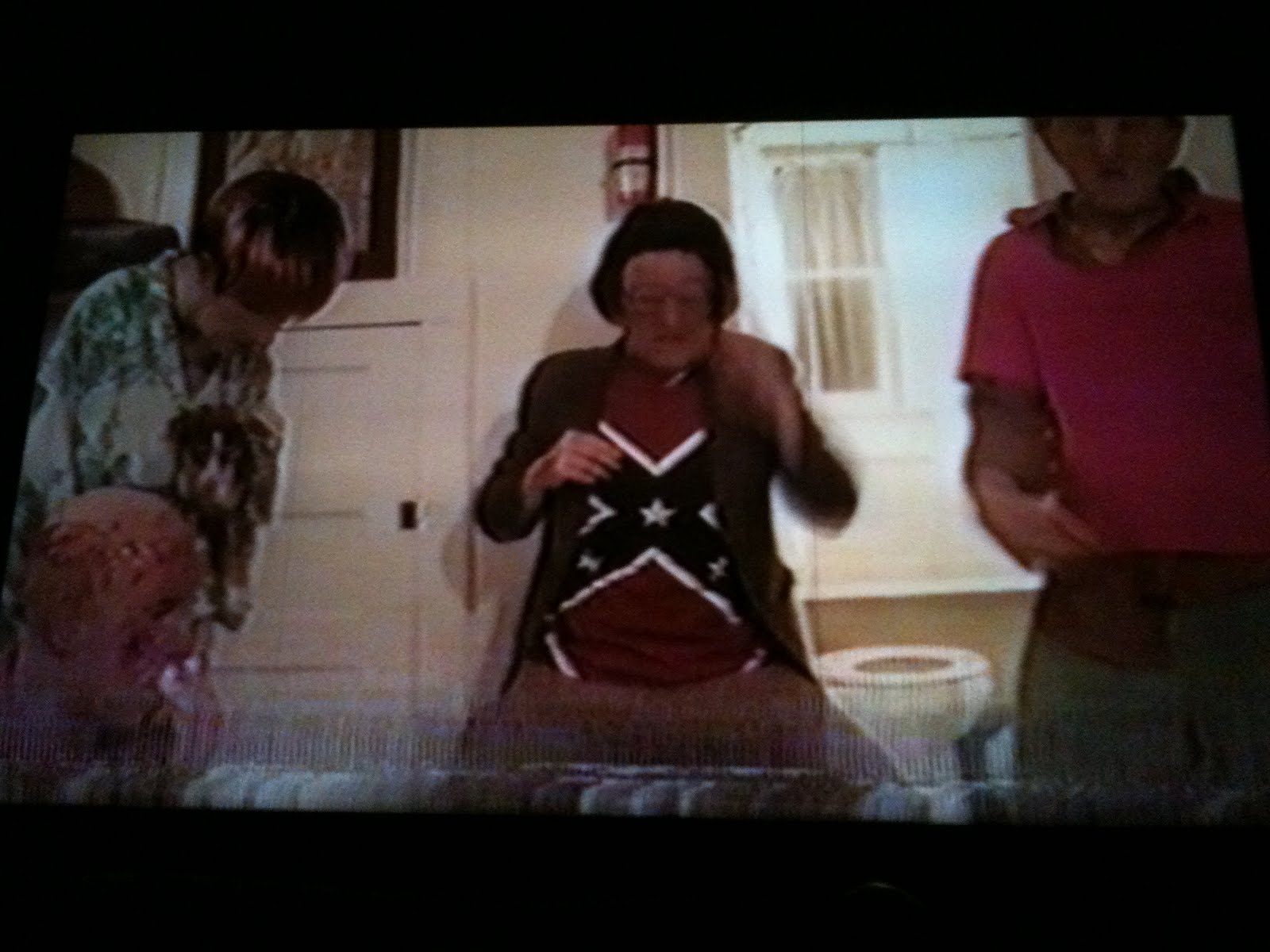 Though just 78 minutes, it feels like the longest film of 2010, following the misadventures of three trash (and tree and fire hydrant) humpers in geriatric masks who look like crippled castaways from The Hills Have Eyes. Captured via surveillance-quality videos that look like unearthed ’80s home movies, they do the sort of things that Korine characters tend to do: smash stuff, tap dance on broken glass, and launch into inane ramblings that speak to the “American Nightmare” (or whatever such lame pressbook platitudes that are commonly employed to lend importance to indie film’s reigning poseur).
The Onion AV Club gives a slating

...despite the film’s ironic stance, moments of genuine feeling manage to surface in Trash Humpers. In one of the later scenes, one of the elderly guys (played by the filmmaker) drives through the neighborhood and comments: “But sometimes when I drive through these streets at night, I could smell the pain of all these people living in here. I could smell how all theses people are just trapped in their lives, their day-to-day lives. They don’t see much.”
JJ Murphy film blog 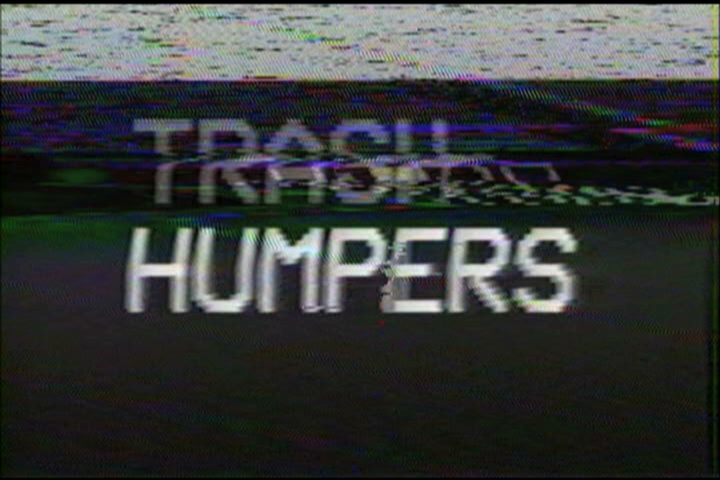