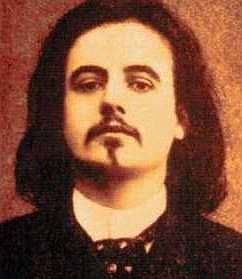 Jarry finds relief from his illness by writing letters. He says as much to Saltas, calling it a 'cure by correspondence'. His most colourful and unguarded letter of all is written to Rachilde on 28 May, when he believes he is dying and that these will be his last words:

Dear Madame Rachilde
Père Ubu is not writing in a state of fever this time. (This is beginning like a last will and testament, but that is taken care of.) I think that you will have understood that he is not dying (sorry, that word slipped out) because of drink and other orgies. That was not his passion, and he has immodestly had himself examined from top to bottom by the merdics. He has no flaw, either in the liver, or the heart, or the kidneys, or even in the urinary tract! He is simply run down, (a curious case for one who has written Le Surmâle), and his boiler is not going to burst but just go out. He is going to come to a stop quite gradually like a worn-out engine... And no treatment designed for humans, however faithfully he may follow it (laughing to himself all the while), will be of any use. His high fever perhaps comes from the fact that his heart is trying to save him by sending his pulse rate up to 150. No human being has ever held out that long. For the last two days he has been of the Lord's Anointed and, like Kipling's trunkless elephant, is filled with an insatiable curiosity. He is going to retreat a little further back into the night of time. In the same way as he would carry his revolver in his hip pocket, but has had a gold chain put round his neck, for the sole reason that this metal does not oxidize and will last as long as his bones, just in case he meets any devils. This gives him as much fun as going fishing... Note that if he doesn't die after all, it will be grotesque to have written all this... But we reiterate that this is not written under the influence of fever, He has left such beautiful things on the earth, but is disappearing in an apotheosis like this
[...]
Père Ubu has had a shave and has laid out a mauve shirt (no connection with you intended!) he will disappear into the Mercure colours... and he will set off still consumed with an insatiable curiousity. He has a feeling that it will happen this evening at five... If he's wrong he'll look ridiculous and that's that. Ghosts are ridiculous after all.
So saying, Père Ubu, who has earned his rest, is going to try to sleep. He believes that the brain, in the process of decomposition, carries on working after death and that its dreams are what we think of as Paradise. Père Ubu, and this is conditional - he would so much like to return to his Tripod - is perhaps going to sleep forever.
ALFRED JARRY
[...]
PS I am opening my letter to say that the doctor has just arrived and thinks he can save me.

wikipedia.org/wiki/Alfred_Jarry
Posted by _Black_Acrylic at 17:53