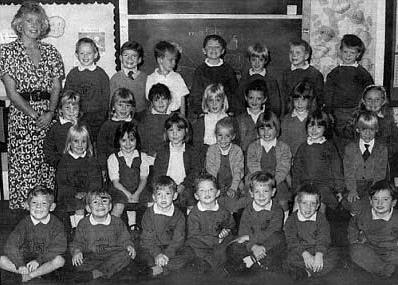 Doreen Hagger chased Hamilton from the Linlithgow Academy as he left one of his boy's club meetings. She threw food and suntan oil at him as he only tried to get away.
She used her suntan oil to make a point. Her son, she said, had told her that Hamilton had rubbed suntan oil on him and some of his mates during a camp outing. According to her son, Hamilton had also instructed the better boys to rub oil on him, sometimes when he wasn't wearing pants.
Mother had previously offered her assistance to Hamilton's club after she visited the camp and found it less than satisfactory. But after she filed an official complaint that produced no results, she organized the assault on Hamilton to provoke police into launching a legal, public investigation. She brought with her another mother, who had also been an assistant at the camp, and a press photographer.
It was Doreen's plan that Hamilton would file charges against her, thus sparking a detailed investigation into his past and forcing the release of all previously unheard complaints. Hamilton refused to press charges.
But by the end of the month, Hamilton's let at Linlithgow Academy for his latest boy's club had been refused. There was no official acknowledgment or grounding in the board's suspicions and no legal charges were brought against Hamilton. There was only gossip, extrapolation and motherly whining fear. And Hamilton filed a complaint against his suspension.
This happened eight years before Thomas Hamilton murdered sixteen small children and one teacher in only three minutes. There is a possibility that Hamilton intended to shoot many more as it was his plan to attack the morning school assembly rather than the gymnasium filled with only a single class of five and six year-olds. It is possible that he was looking for more adults than children. It's possible that he made no distinction in the bodies he fired into just as he may have intended to look for only children. Possible that he thought by slaughtering children, he was attacking the adults. All the adults that needn't be there. Possible that he was giving everyone what they wanted. Proving them right by showing them how wrong they had been. It is possible that Doreen Hagger should have kept her fucking loud mouth shut.
Posted by _Black_Acrylic at 18:18