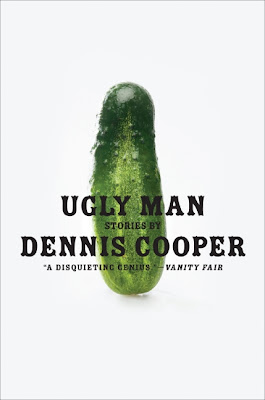 Two years ago I found out I have a serious disease that's so rare it hasn't earned one of those nicknames like the flu. Even if I could pronounce its very long Latin name, the words would mean nothing. All you need to know is I'm being eaten alive by infections, and I'll be dead within three months if I'm lucky.

The worst side effect is a gradual, total destruction of my skin. It peels and flakes away in sheets. If I didn't spend half of my days in a tanning salon, I'd look like the moon. I'd have itched myself to death by now if my fingers weren't swollen into very painful, misshapen knobs.

Now I buy prostitutes instead. It's obvious as soon as I undress they'll take no pleasure earning money from me. But they need the money just like I need to rub my husk against them. And I imagine they think that they've tasted worse and have been tasted by worse.

You don't know what it means to feel my chapped, disfigured lips and cock and hands saw away at something so downy. It's inexplicable. That's why it's so hard for me to talk about the fact that my disease is so contagious a little peck on the cheek is enough to almost guarantee transmission.

In a few weeks, all the prostitutes I've hired will be the last boys on earth whom anyone would pay. Not long after I'm dead, they'll be dead. Some nights I fantasize about telling them what saints they are, but I don't. Still, there are times when I almost get the feeling they know.
Posted by _Black_Acrylic at 13:23