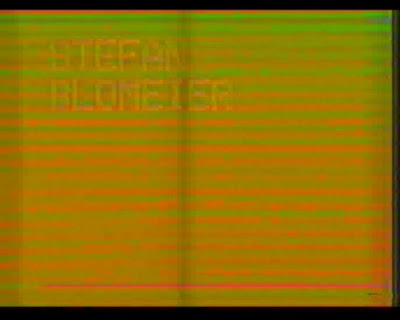 Last night I wrote a press release for Stefan Blomeier
ahead of his appearance at the forthcoming Netaudio festival:

Early morning. Alone in the centre of an empty Aalborg traffic island, Stefan Blomeier listens to the cars in the distance. He hopes their humming might crowd out his past, smoothing over the angry dissonance. Far too much is at stake here. At moments like these, his memories are all cartoons and his achievements all computer games, and yet it is beautiful. Stefan Blomeier has never felt more alive than does at this split-second pause-button image-capture video-tape freeze-frame NOW: RESEARCH LABORATORY OF ELECTRONIC PROGRESS LIMITED 7" POPULAR ELECTRONICS II / RADIO ASTRONOMY ... GENERATOR PROJECTS DUNDEE 21.05.11 ... FURTHER DETAILS TO BE ANNOUNCED...