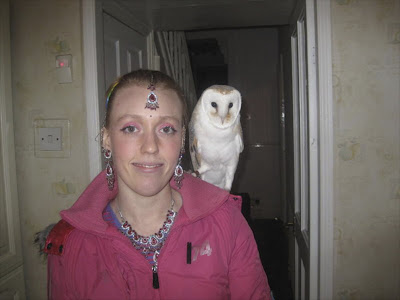 As any regular reader of this 'ere blog will know, ever since I first saw her work at the Duncan of Jordanstone College of Art and Design in Dundee, I've been a big fan of Sophie Lisa Beresford. She's my favourite contemporary artist by about a million miles, and she's about to have her first solo show at the Workplace Gallery in Gateshead. A chunk of the press release might well be lifted wholesale from my Yuck 'n Yum article but no matter, it's surely an honour:

Sophie Lisa Beresford graduated from Sunderland University in 2008. Her degree show work, a video entitled Pizza Shop Dance in which Beresford dances to the high tempo dance music playing in her local take away was a stand out work and was selected for a number of subsequent exhibitions in the same year.
In 2009 she was commissioned by The Laing Art Gallery, Newcastle upon Tyne to produce the work My Culture is Beautiful for the exhibition Dancing - focusing on the works of Degas. The film documents a performance at The Laing in which Beresford dances to Makina Spanish Techno music in front of historic paintings by influential English Romantic painter John Martin, also was born in the North East of England.
Beresford was winner of the Newcomer of the Year Award, at the The Journal Culture Awards 2010 and has since undergone research trips to Arizona, USA and Dundee, Scotland.
In 2011 Beresford exhibited her work The First and Second Creation in New York at Moving Image - art fair of contemporary moving image.
Currently she is exhibiting work commissioned by Mural Newspaper as part of the group exhibition The Days of this Society are Numbered at Abrons Arts Center, New York. 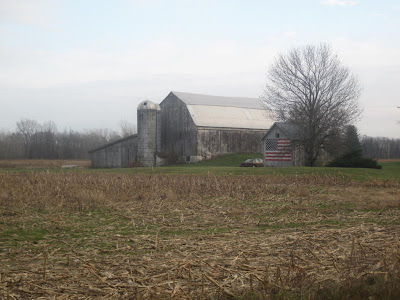 Workplace Gallery is pleased to announce our first solo exhibition by Sophie Lisa Beresford. The exhibition will span the three floors of Workplace Gallery at The Old Post Office in Gateshead town centre and will include video, sculpture, photography, works on paper, and performance.

The work of Sophie Lisa Beresford is concerned with the interlinking factors of culture, spirituality and science; the fusion of these resulting in performance, sculpture, film, painting, drawing and photography. These works are also often 'designed' to explode a dynamic for scrutiny, allowing the observer more avenues for perception concerning contemporary social rules and structures. Beresford is particularly interested in northern youth culture and her work is fundamentally involved with Makina, which is Spanish techno music under the genre umbrella of Rave. Rather than make discreet objects for the delectation of a rarefied few, Beresford is instead truly living her art. Her work could best be described as a heady concoction of Northeastern English 'Charva' culture, new-age religion and DIY self-help. Beresford serves to form a compelling and coherent map of her universe comparing the process to navigating a castle in the Super Mario Brothers computer game.

"Sincerity, in the case of my playing with it, is to experience myself, if I want to... the more sincere I become, the more I become like I was when I was a child :) Playing Blocks' reality is a toy :) anything you want it to be." Sophie Lisa Beresford 2011 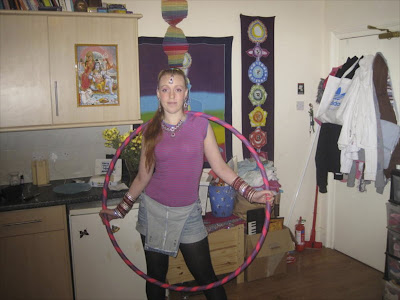 of course the prize for "my favourite contemporary artist by about a million miles", she shares with you too Kier ;-)