Bounce N Break Yo Back 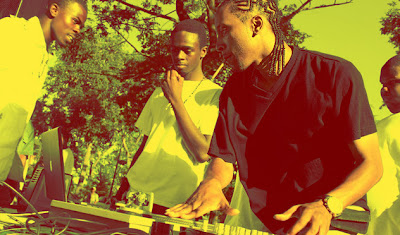 DJ Spinn has been one of the most powerful forces in both footwork circles and the house party scene for the last ten years, known for his extensive knowledge of jazz and his ability to turn records by the likes of Roy Ayers into 160 BPM compositions.

The classifications that attach themselves to juke and footwork are generally based on what kind of party you're going to hear the track at, and while both are forms of dance music—one for the ass, the other for the feet—there has always been a gray area between the two. "Bounce and Break Your Back" is a perfect example. Receiving radio play on both Chicago and Detroit airwaves, it's a definite party starter familiar to those that want to bob, and those that want to bang.
http://www.residentadvisor.net/feature.aspx?1235

What follows is a stack of 20 YouTube videos that show people dancing to DJ Spinn - Bounce N Break Yo Back:


me recording my people dancing and acting crazy.


us gettin it in on a bored nite


killin it on yall haters


i was tired but still tried


Bounce and Break Yo Back dance contest at Haitian American Festival. Norwalk, Connecticut.


LOL WE WAS TRIPPIN AGAIN AFTER THE SUPERBOWL
LETS GET IT LADIES!!!
Posted by _Black_Acrylic at 15:55