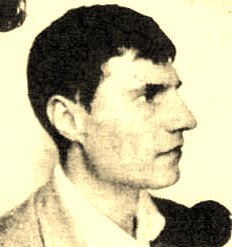 For a long time now I have felt that writing which is not ostensibly self-conscious is in a vital way inauthentic for our time. For our time - I think every statement should be dated. Which is another way of saying the same thing. I know of no young man who is not either an ignoramus or a fool who can take the old objective forms for granted. Is there no character in the book large enough to doubt the validity of the book itself?
For centuries we in the West have been dominated by the impulse to classify. It is no doubt because conventional classifications become part of prevailing economic structure that all real revolt is hastily fixed like a bright butterfly on a classificatory pin; the anti-play, Godot, being from one point of view unanswerable, is with all speed acclaimed "best-play-of-the-year"; anti-literature is rendered innocuous by granting it place in conventional histories of literature. The Shakespearean industry has little to do with Shakespeare. My friends will know what I mean when I say that I deplore our contemporary industrial writers. Let them dedicate a year to pinball and think again.
Question the noun; the present participles of the verb will look after themselves. Kafka proved that the Great Wall of China was impossible, it was a perpetual walling; that the burrow was impossible, it was a perpetual burrowing... etc. A "distance theory" of writing could allow for pockets of Stanislavski, of spontaneous prose.
Thus I take soundings. It's a complicated business this living it over again and apart from the forgotten judgments that were part of it. I am engaged in a complicated process of knitting, see myself as one of those old crones who during the Reign of Terror sat in the shadow of the guillotine as the heads fell, and knitted, on and on. Each time a head falls I drop a stitch, and from tme to time I run out of wool and have to go in search of a new ball. It's seldom easy to match colours.


A Revolutionary Proposal: Invisible Insurrection of a Million Minds
Posted by _Black_Acrylic at 10:06