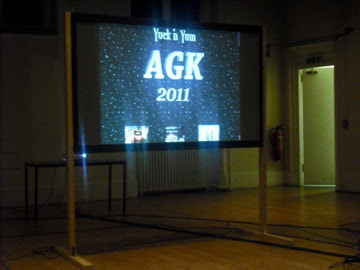 Last week Yuck 'n Yum held its second Annual General Karaoke event at Dundee City Chambers. I took a bunch of photos, and believe it or not these are some of the best ones. The text is annotated with notes from the AGK agenda. 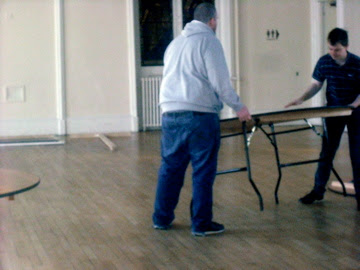 Don't Look at Me (I Don't Like It) – Andrew Maclean
“The Lovely Eggs’ song will help Andrew introduce the room and make a live agenda point (karaoke vid) at once. Two birds, one stone. Think of it as an ice breaker except worse and don’t dare think of hiding in the loo.”

(Sadly I never got any photos of Andrew's performance, so here's one of him arranging tables before the event started.) 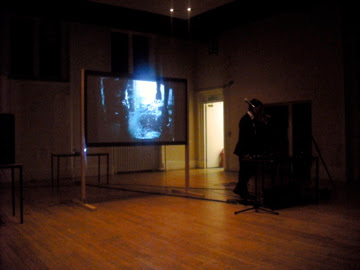 Come to Daddy - Alex Tobin
“The introductions are not over. Latest Y’nY member Alex Tobin presents a short introductory video about himself. Expect to want to hide in the loo again. Don’t look him in the eye - he wants your soul!” 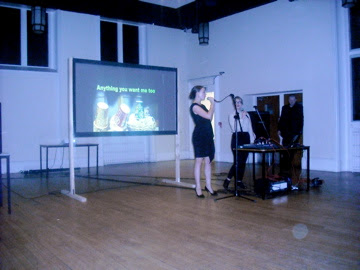 I’m Sticking With You – Gayle Meikle and Alexandra Ross
“Gayle and Alexandra make public the fact that they are indeed BFFs and they like cats with things on their heads. Perhaps the most beautiful show of friendship and love EVER. Hugs for everyone” 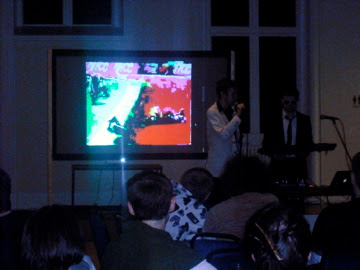 Ghost Rider – Ben Robinson
“We can’t promise Ben will keep his clothes on, but we can promise this will be a must see” 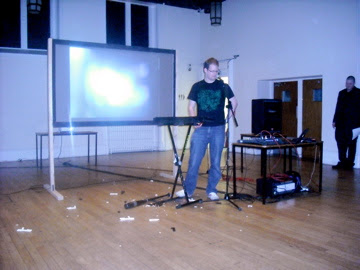 Roulette Dares (The Haunt Of) - Fear Wasabi
“An early review described the lyrical content of The Mars Volta’s ‘De-loused in the Comatorium’ album to be “like someone who has eaten a dictionary”, and the phrase stuck in my head (like the lyrics). This video seeks to bring those words from their fantasy realms into reality but remaining trapped in the mind of the viewer.” 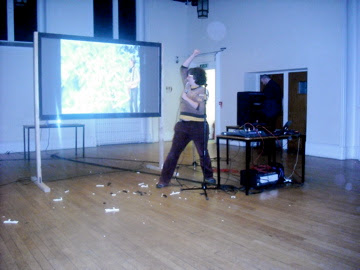 It’s Not unusual - Morgan Cahn
“There is an ear, some bright colours, maggots, fish, and a guinea pig. A good rockin’ time for all”
Winner best performance 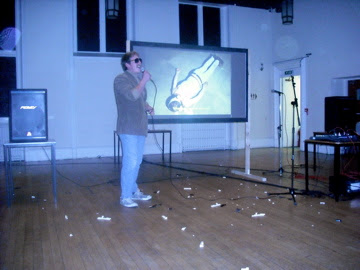 Roll with the Punches - Ali Smith
“Tony Browntown’s life has been made a living hell by a band of local rockers called ‘The Shithawks’. So one night he decides to put his Martial arts training to the test and rid his neighbourhood of these scumbags, once and for all.” 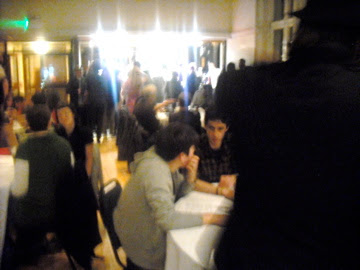 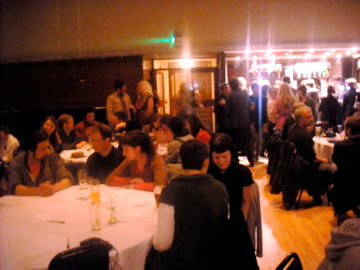 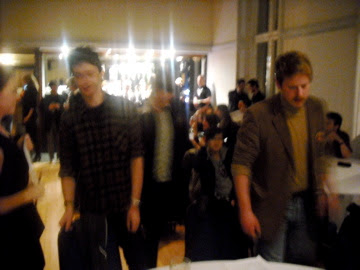 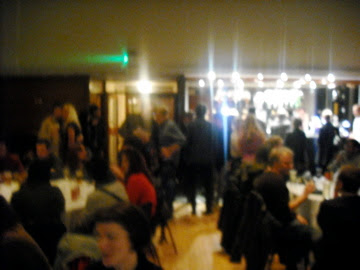 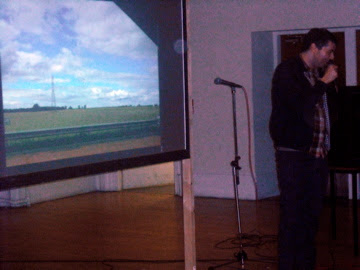 Autobarn - Holger Mohaupt
“From coast to coast in 4 seasons and 4 frames per second.
Please note the phonetic karaoke subs.” 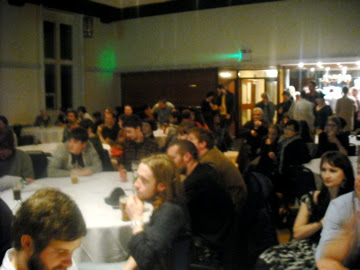 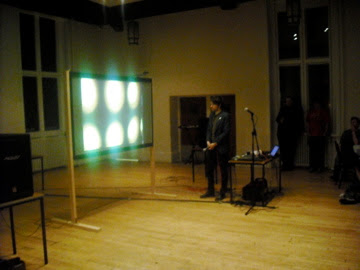 Irreversible Assault - John Louden
“Two pieces of cinematic mood music combined to make one. Unlikely to be found on any karaoke machine” 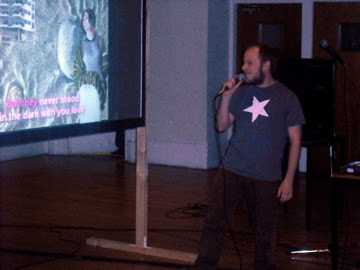 Kiss Me - Morgan Cahn
“Gloria Estefan’s Kiss Me with lots of explosions and fires: a ballad for the ages” 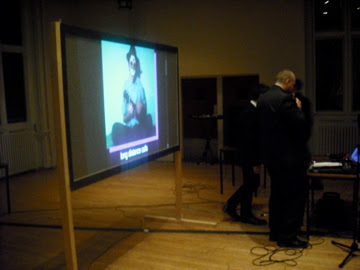 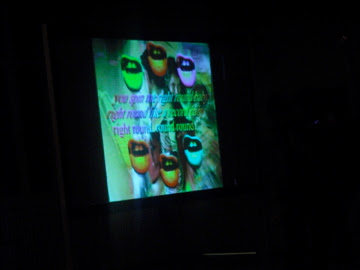 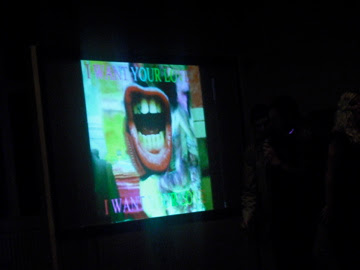 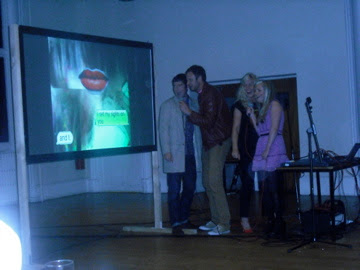 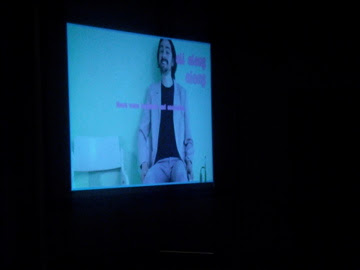 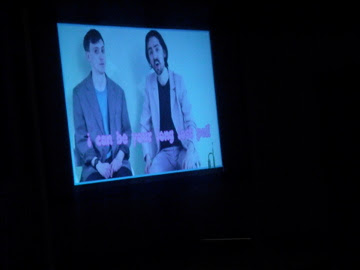 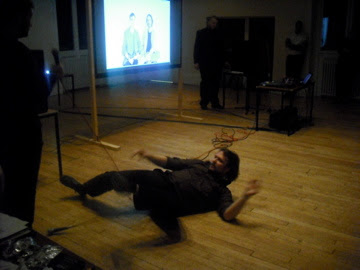 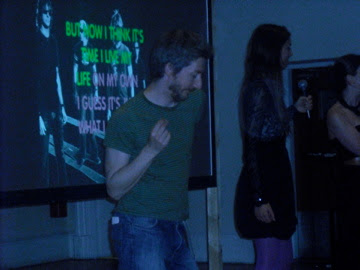 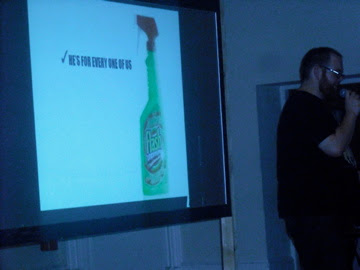 Flash - Andrew Maclean
"I love you Karl Howman but we only have 24hrs to clean the kitchen!"
Andrew Maclean’s video was a cartoony mash up of science fiction spectacle and adverts for household detergent. 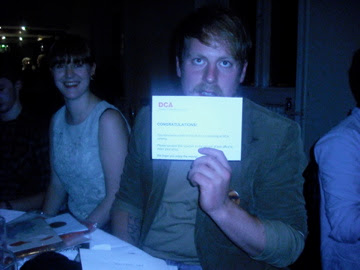 Runner up best video: Ali Smith on behalf of Gammamoth 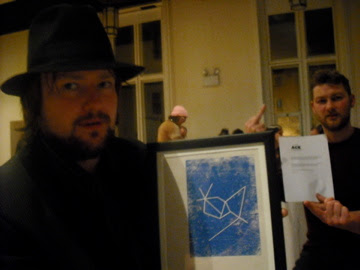 Winning Performance goes to Stuart McAdam for his rendition of 'Brown Eyed Girl' he received £50 some wine and a framed print of the upcoming issue cover by Ross Hamilton Frew. 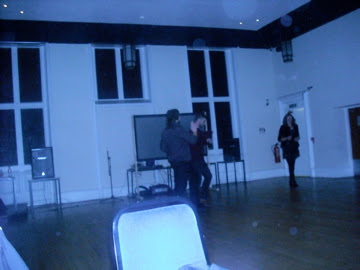 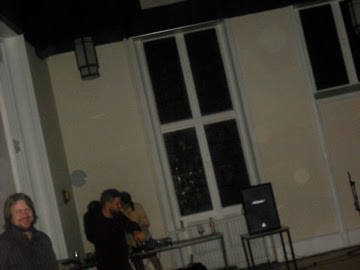