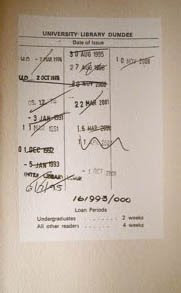 O stern mathematics, I have not forgotten you since your learned teachings, sweeter than honey, filtered through my heart like a refreshing wave. From the cradle I instinctively aspired to drink from your spring more ancient than the sun, and, most faithful of your initiates, still I continue to tread the sacred court of your grave temple. There was a haze in my spirit, something indefinable, smoky-thick, but I knew how to cross – religiously – the steps that lead to your altar, and as wind drives off the fritillary, so you have cleared this dim mist. In its place you set excessive coolness, a consummate prudence, and an implacable logic. With the aid of your strengthening milk my intellect developed rapidly and acquired immense proportions amid the entrancing clarity that you prodigally present to those who love you with a sincere love. Arithmetic! Algebra! Geometry! Grand trinity! Luminous triangle! He who has not known you is a dolt! He deserves the test of the greatest tortures, for in his ignorant thoughtlessness there is blind contempt. But he who knows and appreciates you wants naught else of the world’s chattels; content with your magical ecstasies; and, borne on your sombre wings, he desires nothing more than to rise in gentle flight, describing an ascendant helix, toward the spherical vault of the heavens.
Posted by _Black_Acrylic at 21:35