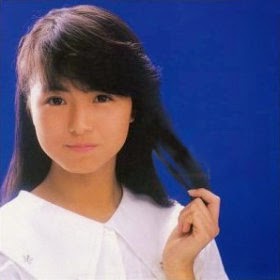 Nami Shimada was (she retired from singing in 1990) a J-Pop artist and although I’m not fond of that genre, a few tracks she did, like Sun Shower released in 1989, are really more Garage or House than Pop. And they are good.

On a side note, Nami Shimada now appears to be DJing in Japan.
okay_awright
http://overfitti.ng-dis.co/?p=329 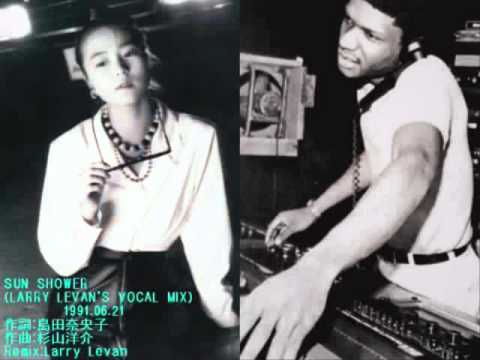 Nami Shimada (島田 奈美) was one of the aspiring idol singers of Momoco Club. She had a very pure and  girlish appearance and a charming smile that guaranteed that her face was seen as well in TV commercials of Clearasil and Sapporo Ichiban ramen (with famous actor Takuya Fujioka 藤岡琢也). Nami Shimada never had a real hit song, but she was always present in chart shows like Top Ten and Best Ten, usually in a place 9 or 10. A fact that might give some ideas to those, who have for a long time suspected that the lowest places on chart shows were open to the highest bidder.

In her final recordings Nami Shimada was no more an idol singer. She had become a club beat vocalist, whose voice was distinctive and clear. Sunshower (1990) became a much played house hit thanks to remixes by Larry Levin and others. It made Nami Shimada’s name known in brand new musical circles. However, Nami was no longer around. In the last releases she didn’t even appear as Nami Shimada. She used her real name Naoko to point out that the idol career was over.
jari lehtinen
http://kayokyokuplus.blogspot.co.uk/2013/03/nami-shimada-onegai-kiss-me-again.html

In September and October 1992 Larry Levan had a triumphant D.J. tour of Japan. Even though The Paradise Garage had closed five years before his star was still shining bright around the world. On that tour he played amazingly to rabid crowds but he was suffering physically due to his deep drug addiction.

One of his last remixes was Sun Shower by Nami Shimada. This deep house mix of a song by an 80's Japanese pop star was released in 1991 on Columbia records Japan. The 12" also featured a Mark Kamins dance mix. Danceteria legend Mark Kamins and Paradise Garage star Larry Levan enjoyed a particularly elevated status in Japan and could easily fill dance floors as often as they were willing to play in clubs like Gold, and EndMax.
ExpatMichael
http://discovinyl-discovinyl.blogspot.co.uk/2008/11/sun-shower-one-of-larry-levans-last.html

This one runs deep. Apart from being an amazing track it also brings fond memories of the times we spent in Japan and the friends we made there. For a few years we toured extensively through Japan. DIY Crème-style of course, in trains, crashing on couches, in weird plastic hose-down hotels, playing back alley gigs in off brand towns etc. This network disappeared after a while, after everybody branched out in all kinds of directions. One of the best nights there was a gig in Tokyo where we presented the record and Nami DJ-ed with a Yakuza style body guard standing there the whole time and middle aged Japanese fanboys in the audience waving autographed pictures.

A short history, [Nami] was a big J-Pop lolita star in the 80′s in Japan, and her vox on this Soichi Terada prodution are a bit of a fluke. The track got picked up by Larry Levan who made it a footnote in House-history. She choose a different career path and became a writer.  We managed to drag her out of exile for one night and put her behind the decks. It all felt pretty special. The place was a real sweatbox too, a ram packed basement with no emergency exit and just a small concrete staircase leading down into it. Proper Asia-style. I remember thinking, “If faith strikes tonight and we don’t make it out of here, then I’m OK with that.”
DJ TLR
http://www.factmag.com/2013/09/10/the-top-10-essential-creme-organization-tracks-as-selected-by-dj-tlr/7/

By using RentalCars you can get the cheapest car hires at over 49,000 international locations.