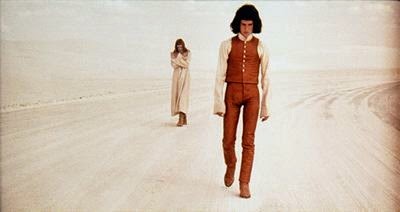 Desertshore is the third studio album by Nico. It was released in December 1970, through record label Reprise.

Desertshore was co-produced by John Cale and Joe Boyd. Like its predecessor The Marble Index, it is an avant-garde album with neoclassical elements. The back and front covers feature stills from the film La cicatrice interieure by Philippe Garrel, which starred Nico, Garrel and her son Ari Boulogne.

Friends of Nico played "Mütterlein", a song from the album, at Nico's funeral in Berlin in July 1988.
http://en.wikipedia.org/wiki/Desertshore

As a title, Desertshore speaks to the liminality of Nico’s life, and of her work. Her father was Yugoslavian while she was born in Budapest, and from Cologne to Paris and on to New York and London, she was an early global citizen – yet always also a forlorn wanderer, a nomad. This is apparent in her music. Continuing from the pattern she laid down on The Marble Index, Desertshore featured harmonium drones prominently, bringing an Indian sensibility to her Nordic roots. Marble Index had been named for Wordsworth; Desertshore was named, perhaps, for William Blake’s Visions of the Daughters of Albion:

At entrance Theotormon sits, wearing the threshold hard
With secret tears; beneath him sound like waves on a desert shore
The voice of slaves beneath the sun, and children bought with money,
That shiver in religious caves beneath the burning fires
Of lust, that belch incessant from the summits of the earth.

The album was produced in a traumatic milieu. Nico’s long-estranged mother Grete had recently died, Ari had been sent away, and, alongside then-partner Philippe Garrel (whom many blamed for her decline), she had begun mainlining heroin. With John Cale at the helm, Nico chose to construct the album in allied keys, moving toward the relative minor as in a traditional German song cycle, while Cale’s instrumentation echoed Mahler and German romanticism. Rolling Stone described it as ‘Gothick’ and referenced H. P. Lovecraft, while the NME’s reviewer called it “one of the most miserable records I’ve ever heard.”

But they had missed the centre of the music; neither purple-prosaic nor schlocky, Desertshore hinted at bottomless depths of angst beneath cool surfaces which gave nothing away. Nico’s evocation of the past was not for the sake of Sturm und Drang pastiche, but in itself created the distance, the quality of being a mask, which her music paradoxically needed in order to operate at a visceral level. As Jean Baudrillard put it, “Nico seemed so beautiful only because her femininity appeared so completely put on… that perfection that belongs to artifice alone. Seduction is always more singular and sublime than sex, and it commands the higher price.” The price paid by Nico, and by others around her, would be all too high.
Guy Frowny
http://www.tinymixtapes.com/delorean/nico-desertshore

While Nico was the member of the Velvet Underground who had had the least experience in music prior to joining the group (while she had recorded a pop single in England, she'd never been a member of a working band before Andy Warhol introduced her to the Velvets), she was also the one who strayed farthest from traditional rock & roll after her brief tenure with the band, and by the time she recorded Desertshore, her work had little (if anything) to do with traditional Western pop. John Cale, who produced and arranged Desertshore, once described the music as having more to do with 20th century classical music than anything else, and while that may be going a bit far to make a point, even compared to the avant-rock frenzy of the Velvet Underground's early material, Desertshore is challenging stuff. Nico's dour Teutonic monotone is a compelling but hardly welcoming vocal presence, and the songs, centered around the steady drone of her harmonium, are often grim meditations on fate that are crafted and performed with inarguable skill and intelligence, but are also a bit samey, and the album's downbeat tone gets to be rough sledding by the end of side two. Cale's arrangements are superb throughout, and "My Only Child," "Afraid," and "The Falconer" are quite beautiful in their own ascetic way, but like the bulk of Nico's repertoire, Desertshore is an album practically designed to polarize its listeners; you'll either embrace it's darkness or give up on it before the end of side one. Then again, given the thoroughly uncompromising nature of her career as a musician, that's probably just what Nico had in mind.
Mark Deming
http://www.allmusic.com/album/desertshore-mw0000110647 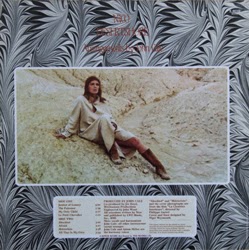 As the other European member of The Velvet Underground, Cale had a closer cultural resonance with Nico although the pair’s artistic expressions were worlds apart. But a working relationship continued throughout a variety of situations that ran up until nearly the end of Nico’s life: from her first two solo albums (“Chelsea Girl” and “The Marble Index”) to the 1972 Velvet Underground Paris reunion concert, two albums for Island Records in the mid-1970s and her final studio album, “Camera Obscura.” Nico’s third album, “Desertshore” saw her bleakly personal images and ever-droning harmonium once more framed exquisitely by John Cale’s unobtrusive arrangements that succeeded in bringing a greater sense of organisation and expansiveness to her performances. As with his background stagings on her album of the previous year, “The Marble Index” Cale’s arrangements maintain the same marvelous sense of depth and shade although on “Desertshore” they cast a different leaning over the proceedings by replacing the former chill of “The Marble Index” with a climate more arid and at points lightening many of the tracks’ woefulness with glimmering luminescence. Also present is an uncharacteristically sense of compassion, with many of Nico’s songs speaking of both family and parenthood.

At the time of this album, Nico had already moved from New York to Rome where she became romantically involved with French director Philippe Garrel. The sleeve design of “Desertshore” featured blurred colour stills from his film, “La Cicatrice Interieure.” The title translated as ‘The Inner Scar,’ relating to Garrel’s own reflections on his horrific experiences with electro shock treatment and its aftermath. It is unknown whether any tracks from “Desertshore” appeared in the film but if it was predominately set in the dusty desert plains pictured on the album’s sleeve, then it would have made for a very appropriate soundtrack.

“Desertshore” is a work that for all its inner complexity flows ceaselessly with simplicity and purpose. After its release, nearly four years would pass until Nico resurfaced with her next album “The End” on Island Records, backed once more by Cale and a cast of rolling musical cohorts from the label that included Eno and Roxy Music guitarist Phil Manzanera. But never again would her music receive the effusive, European classical embellishments as it did so beautifully on “Desertshore.”
Julian Cope
http://www.headheritage.co.uk/unsung/thebookofseth/nico-desertshore

Get professional trading signals sent to your cell phone daily.

Start following our signals NOW and profit up to 270% per day.