Edward James, a rich British patron of the Surrealists in the 1930s, commissioned this piece from Dalí.
http://en.wikipedia.org/wiki/Mae_West_Lips_Sofa 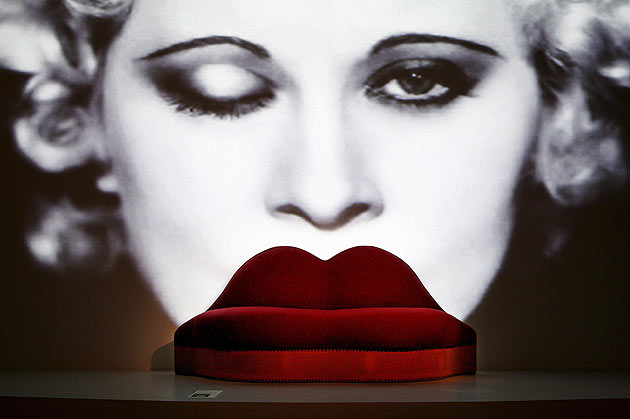 It is probably every patron's dream to collaborate with an artist on a great work of art. For Edward James, the wealthy and eccentric poet and collector, the dream came true when, together with Salvador Dali, he produced the "Mae West" lip sofa, one of the 20th century's most sensuous and iconic pieces of furniture.


The design was conceived in 1936 when Dali was in London for the International Surrealist Exhibition. Experiencing some financial difficulties, he signed an agreement with James whereby he would receive a wage in exchange for his total output for a year. The two also set about creating designs for surreal furniture. James was, at that time, redecorating Monkton House, a Lutyens dower house on his family's West Dean estate in Sussex, which he transformed into a mauve-walled extravaganza of surreal fantasy.

The lip sofa relates to Dali's paintings and drawings that were inspired by the Hollywood actress, Mae West. Face of Mae West, for instance, depicts her features as objects in a surrealist room, with her eyes as paintings, her nose as a fireplace and her lips as a sofa. Production took place in 1938, with James closely involved, choosing the fabrics and colours.

Only five sofas are known to have been made and he kept them all. Three are still owned by the Edward James Foundation in West Dean, and two were sold shortly before James's death in 1984. The Brighton Art Gallery and Museum bought one, while the other, which is to be sold by Christie's on Wednesday, was acquired by a private collector. 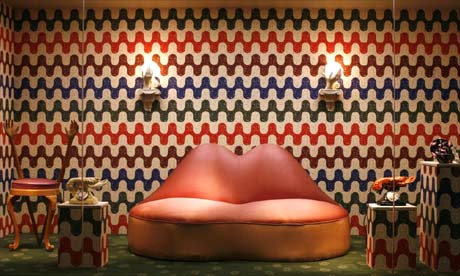