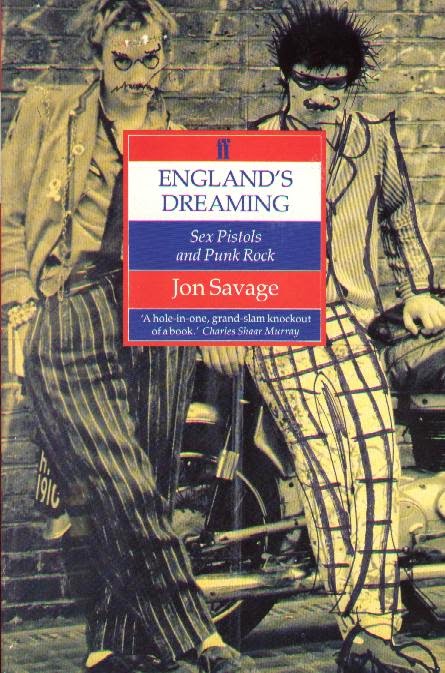 Jon Savage (born 1953), is the pen name of Jonathon Sage, a Cambridge-educated writer, broadcaster and music journalist, best known for his award winning history of the Sex Pistols and punk music, England's Dreaming, published in 1991.

England's Dreaming, published by Faber and Faber in 1991, was lauded as the definitive history of punk music, and remains the single most comprehensive analysis of the phenomenon. It was used as the basis for a television programme, Punk and the Pistols, shown on BBC2 in 1995, and an updated edition in 2001 featured a new introduction which made mention of the Pistols' 1996 reunion and the release of the 2000 Pistols documentary film, The Filth and The Fury. A companion piece, The England's Dreaming Tapes, was published in 2009.
http://en.wikipedia.org/wiki/Jon_Savage 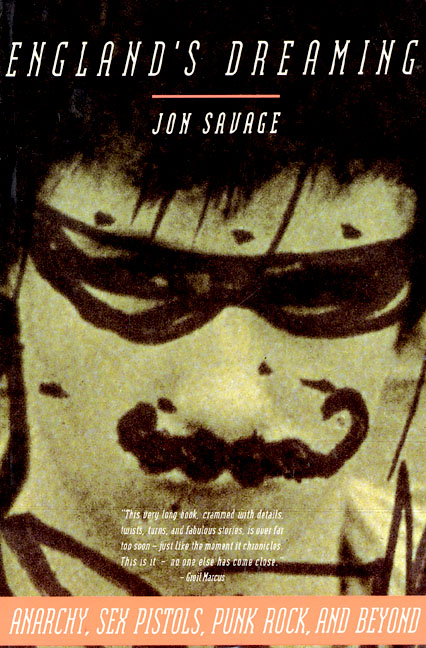 The most remarkable aspect of the Punk movement is that it was largely engineered by a shallow, politically disinterested, art school failure (multiple times) who turned clothier to young Brits in the late 60s and early 70s. Malcolm McLaren flirted with the works of such disparate entities as the Situationists, the French Anarchists and even the Fluxus crowd, but he was a largely directionless man who went with the capitalist tide and sold anything to anyone, regardless of political stripe. He was more fascinated, it seems, with the violence inherent in class struggle (and the polarity found within the underclass) than he ever hewed to any ideology of his own. The first 100 pages sets up this scenario with great historical detail, then the book takes off with blazing speed to detail the rise and fall of the Sex Pistols.

Nihilism, Feminism and Racism are all intersecting themes during one of the most fascinating points in modern history--one which also helped consolidate the conservative movement that led to Thatcherism in the face of unfounded fears of the individualism in Punk (followed soon by Reaganism here).

Legs McNeil offered a fine document of the American scene, but Savage's book is an intellectual triumph. He weaves the painful personal stories with history, economics and class struggle in a very compelling manner that makes this essential reading for people who want to understand current affairs and social movements that have nothing at all to do with Punk.
Ron
https://www.goodreads.com/book/show/330729.England_s_Dreaming 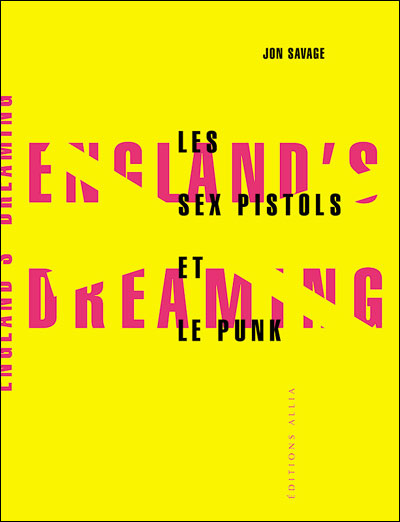 Old habits don’t just shrivel up and choke in Britain. They retreat to the back of our psyches and haunt us like grim spectres in black cloaks, armed with the glimmering threat of our own bad conscience. As an island nation, we’re hard-wired into it.

Take, for example, our time-honoured tradition of exalting figures simply because they demand to be exalted. Look at the monarchy or reality TV stars — what a stinking bunch of meritless rotters they are. But who keeps them ticking along? We’re all complicit in this game.

Books however, like Jon Savage’s history of the original punk movement, England’s Dreaming, pour light on what happens when we do attempt to deal with these issues. At the time, the Pistols weren’t just taking aim at Queen Liz, but — by manipulating the media through outrageous TV appearances, scandalous live performances and artful political sloganeering — the value of what it meant to be a public figure too. Savage, a Cambridge-educated Baby Boomer, remembers it well.

“It was more emotional when it started,” Savage recalls. “It only became politicised once people started writing about it and when The Clash started singing about tower blocks. The Sex Pistols were never so specific. They were stage-managed, but that doesn't mean they weren't real. There's a lot bad class faith in popular culture and music, and a lot people try and drop down their class by a notch, which is a bit pathetic. You are who you are — get on with it. When Savage published England’s Dreaming in 1991, it wasn’t just another stale reappraisal of punk’s legacy; it was the first, and is still perhaps the best, book of its kind. With an even focus on key players and minor figures alike, told by a man who witnessed the entire shebang while writing for NME rival Sounds, it provided a window into an era that is still much fought over.
Huw Nesbitt
http://thequietus.com/articles/02400-an-interview-with-jon-savage-and-an-unpublished-extract-from-the-england-s-dreaming-tapes

This eclectic collection, purchased from music journalist and cultural historian Jon Savage in 2002, documents the history of the Sex Pistols and the whole of the punk era.  The collection consists mainly of the source materials for England's Dreaming: the Sex Pistols and Punk Rock, Jon Savage's definitive account of punk in British society in the 1970s.  Punk was not just about music or clothes: it reflected a core of dissatisfaction and resentment built up at the end of a decade that saw the introduction of the 3-day week in Britain, strikes, increasing unemployment and collapsing public services.  The England's Dreaming collection provides an opportunity to examine more closely a period now recognised as a crucial point in British twentieth-century social history.

The contents include fanzines, posters, fliers, graphic designs, original letters and documents, photographs, notebooks and much more.  The collection has recently been catalogued and the England 's Dreaming Catalogue shows what is available for research.  If you are interested in viewing any of the items from this collection please consult the Special Collections and Archives home page for access arrangements and contact the LJMU Archivist to arrange an appointment.
http://www.ljmu.ac.uk/lea/77472.htm

Discover How You Can Master Your Habits And Reprogram The Subconscious Mind To Get Any Result You Want In Your Personal Development and Success!