IMAX (an acronym for Image MAXimum) is a motion picture film format and a set of cinema projection standards created by the Canadian company IMAX Corporation and developed by Graeme Ferguson, Roman Kroitor, Robert Kerr, and William C. Shaw. IMAX has the capacity to record and display images of far greater size and resolution than conventional film systems.
http://en.wikipedia.org/wiki/IMAX

THE MAGIC EGG is a wide-ranging collection of visual segments developed by computer animation teams at various research institutes and universities across North America. These teams combined vector graphics, molecular modeling techniques and simulated time-lapse photography with the mathematical calculations needed to pre-distort images for IMAX Dome projection. The screen explodes with colour shifting patterns and model-like movement. Segments include a flight through a wire frame city, a roller coaster ride over an abstract Japanese mountain terrain and a trip through an intricate floral labyrinth. These segments, combined with the scale and three dimensionality of IMAX Dome provide the viewer with at truly unique experience marking an important first in IMAX Dome technology.
http://www.bigmoviezone.com/filmsearch/movies/index.html?uniq=112

A classic in the world of computer animation, this original digital giant screen movie has been called "a computer-graphics Fantasia (1940)." It was first presented in 1984 at the annual SIGGRAPH (Association for Computing Machinery's Special Interest Group on Graphics) convention and since then screened in museums and theme parks worldwide. The film consists of visual segments developed by teams of computer-graphics artists and programmers at various research institutes and universities across North America, perhaps most famously at the New York Institute of Technology. These teams combined vector graphics, molecular modeling techniques, and simulated time-lapse photography with the mathematical calculations needed to pre-distort images for IMAX Dome projection. Segments include the famous robotic ant of Dick Lundin, Pat Hanrahan's and Paul Heckbert's flight through a lattice of metamorphosing crystals, a roller coaster ride over an abstract Japanese mountain terrain, and a trip through an intricate floral labyrinth (designed by Ned Greene). "The Magic Egg" was originally shown world-wide in the Imax/Omnimax film format.
Fiona Kelleghan
http://www.imdb.com/title/tt0087662/plotsummary?ref_=tt_ov_pl 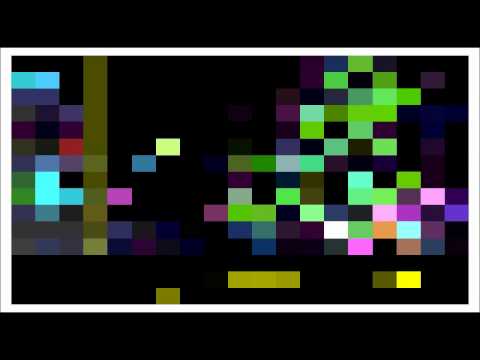 From a SounDisc, a flexible disc (record), that was included in Keyboard Magazine in the 80's. I have several of these but this is my favorite one. It's from a computer generated IMAX film. Couldn't find much imagery to go with it online so I alternated the one (yes, ONE) image of the title with images of the composer/performer: Michael Boddicker. I'm sure this is copyrighted but I don't know who to credit or where (or even IF) it can be bought. This is one of my all time favorite pieces of music and I still listen to it today, which is why I cleaned up the "pops and clicks" from the old SounDisc so that I could continue to enjoy it. I hope you do, too!
David Pounds

Get professional trading signals delivered to your cell phone every day.

Start following our trades today & gain up to 270% daily.